Full Name
Cst. Dennis Smithson
Company
Calgary Police Service
Speaker Bio
Cst. Dennis Smithson has been a front-line police officer in Alberta for 13 years. Initially as a rural RCMP officer then moving to Calgary Police where he spent 8 years as a patrol officer and 2 years as an acting sergeant. Most recently he’s moved into a role as a community resource officer and also works as a District Patrol Training Officer Coordinator monitoring and mentoring new trainees as they transition from class room training to their final phase of training in the community as Patrol Officers.

Dennis has been tasked within CPS with creating policy and SOP for officers investigating animal abuse. He has spear-headed training front line officers in appropriate responses to animal calls as well as lecturing veterinarians and social work professionals on the link between animal abuse and domestic and interpersonal violence. He is striving to forge strong relationships with stakeholder agencies and the veterinary community with the goal of raising awareness of the importance of police action on animal related crimes.

Constable Smithson recently received a Chief’s Award for Community Service for his work on the Animal Abuse and Violence Link portfolio. He is currently on the steering committee for the National Violence Link Coalition and will also be presenting for the Humane Canada Violence Link Conference later this year.
Speaking At
Battling Violence Link Crimes: Strategies from the Alberta Enforcement Perspective 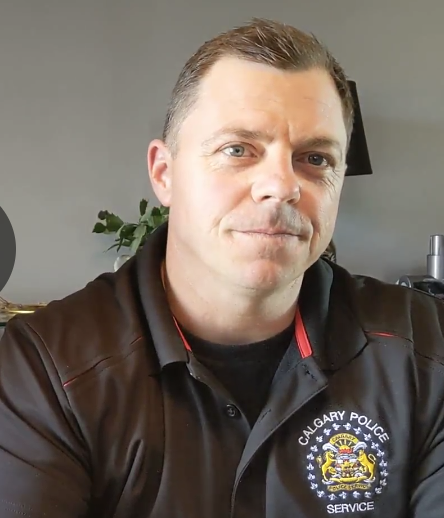