She spent six years in private practice (small animal) and conducting research in veterinary parasitology at The University of Melbourne before working in the veterinary industry in sales, marketing and operational roles with MARS Petcare, Bayer Animal Health and Gribbles Veterinary Pathology. Along the way, she gained a Master of Management (Marketing) from Macquarie Graduate School of Management. In 2010 Liz moved into the not-for-profit sector, spending four years as CEO at Lort Smith Animal Hospital, the largest companion animal hospital in Australia and has been CEO at RSPCA Victoria since 2014. Providing animal welfare expertise to multiple organisations, Liz is a member of the Victorian Government’s Animal Welfare Advisory Committee, Greyhound Racing Victoria’s Animal Welfare Committee, and Racing Victoria’s Equine Welfare Advisory Council.

Liz is a highly regarded community leader who respects animals and the role they have to play in helping us to be a better people, as well as a more humane society. She believes human beings will never treat each other better until we learn to treat animals better. That is why she debates, advocates and lobbies for a future that unequivocally ends animal cruelty and creates better lives for animals and people.
Speaking At
Driving a Future for Animal Welfare through National Collaboration 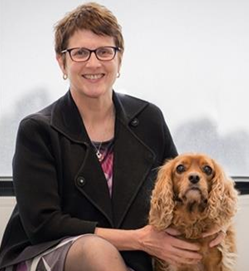