Full Name
Patricia Mamak
Job Title
Director of One Family Welfare
Company
Alberta SPCA
Speaker Bio
Patricia Mamak has worked in the field of family violence for over a decade with an educational background in psychology and women’s counselling. As an animal welfare advocate, she has a special interest in the connections between cruelty to animals and violence toward humans, particularly within the family.

She has been with the Alberta SPCA since 2014 and assisted in the development of the Pet Safekeeping Program, a program that protects people and pets from family violence. She recently transitioned to a new role within the Alberta SPCA as Director of the One Family Welfare department, which focuses on the link between animal welfare and human welfare.
Speaking At
One Family Welfare: Safety for Animals and People in Crisis 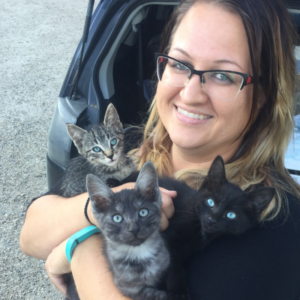