Full Name
Kimberlee Shaw-Ellis
Job Title
Community Police Liaison
Company
Synergy Services
Speaker Bio
Kim Shaw-Ellis enjoyed a career of more than 33 years in Law Enforcement and is looking forward to continuing to share her experience through training and consulting in her retirement. She recently accepted a position with Synergy Services as a Community Police Liaison allowing her to continue training on Lethality Screening and Domestic Violence for Law Enforcement and other community partners.

Kim began her career in the United States Airforce (USAF) as Military Police serving active duty for a four-year enlistment then joined the Denver Sheriff Department to work as a Deputy Sheriff. In 1998, Kim joined the Kansas City, Missouri Police Department. During her tenure, Kim worked in the East, Central, and North Patrol Divisions and as a Detective in the Violent Crimes Division (both Domestic Violence and Homicide). She was assigned to the Regional Police Training Academy as a Basic Training Instructor as well as the Diversity Officer and LGBTQ Liaison Officer for KCPD when she retired in March 2021.

Kim has provided training throughout the region and at an international level on topics including Domestic Violence, Crisis Intervention, Tactical Communication/De-escalation, Diversity & Inclusion, Overcoming Implicit Bias, and LGBTQ Youth Suicide Prevention/Awareness. A highly decorated officer, she has received numerous commendations and awards throughout her career. One of the notable commendations she received was for her ability to de-escalate an armed homicidal/suicidal domestic violence subject into safely disarming himself and surrendering. She received her most recent award from the Mid-America Crisis Intervention Team Council for 2020 CIT Instructor of the year.
Speaking At
Domestic Violence and Animal Abuse, Making the Link and Making a Difference 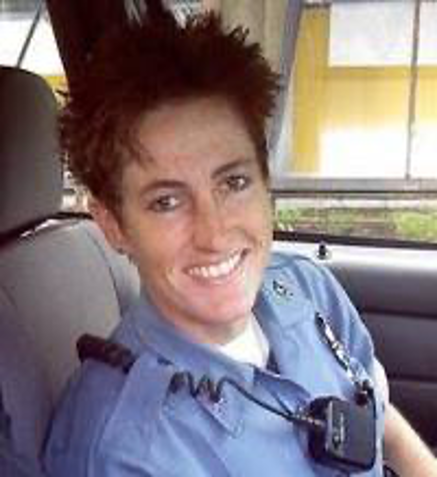